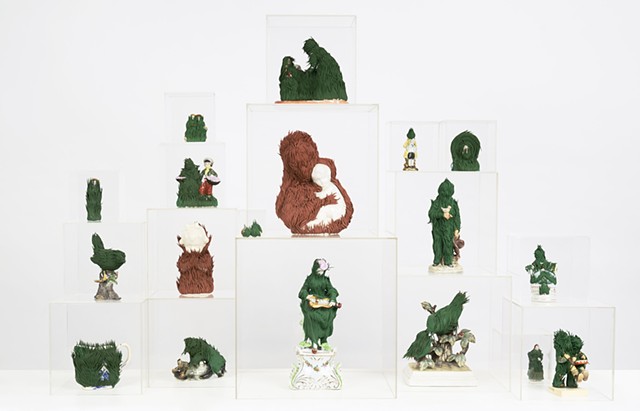 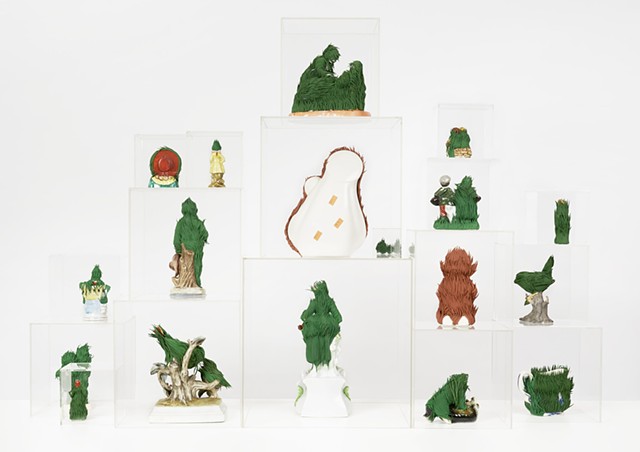 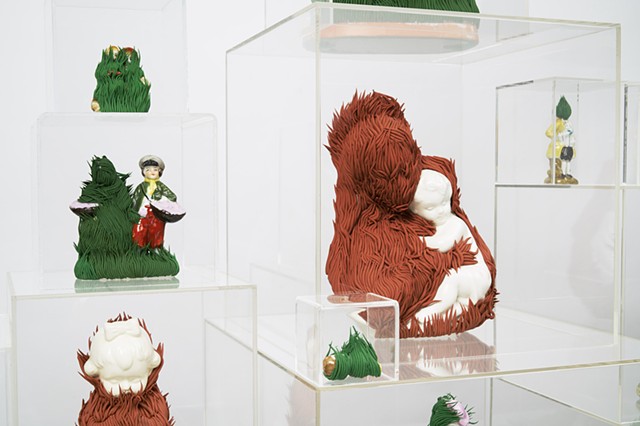 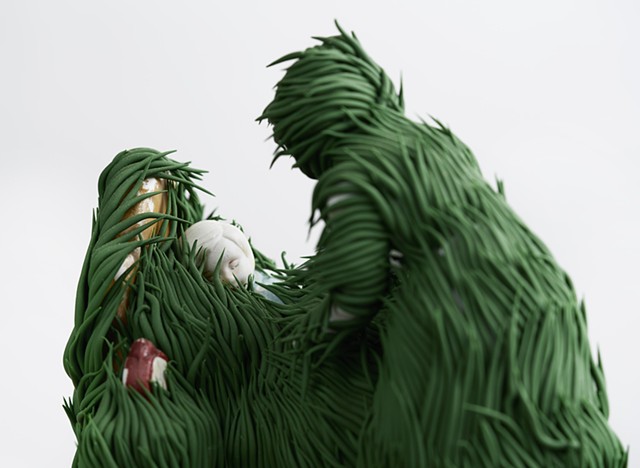 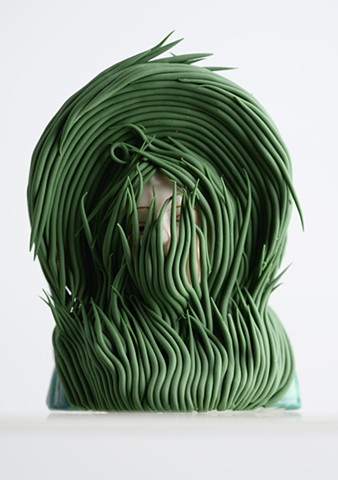 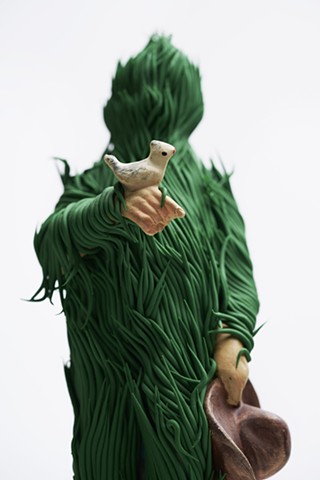 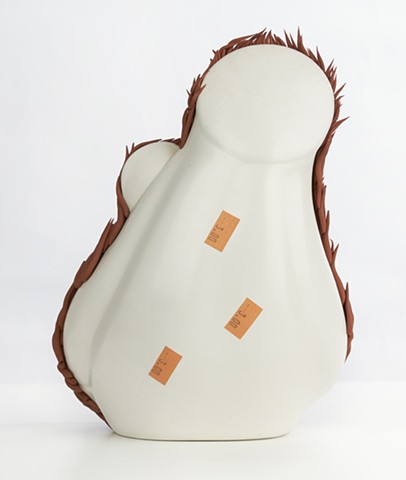 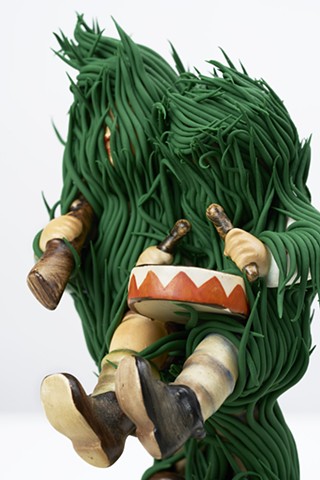 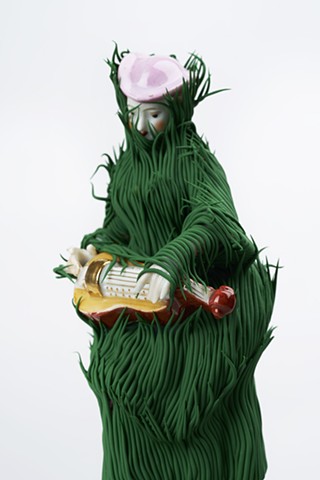 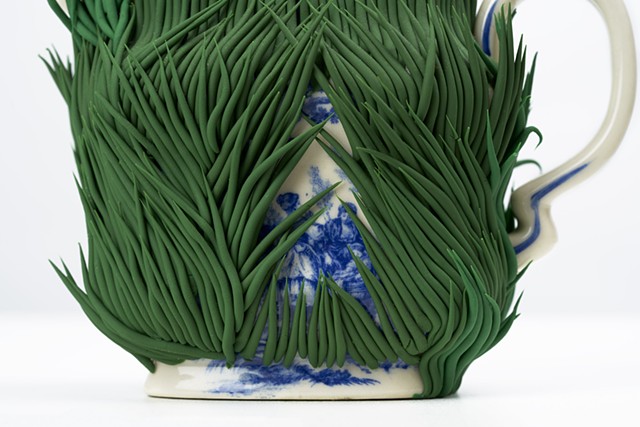 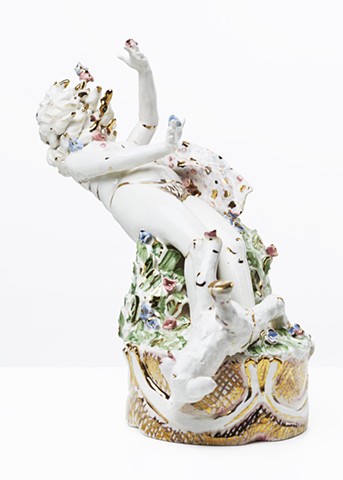 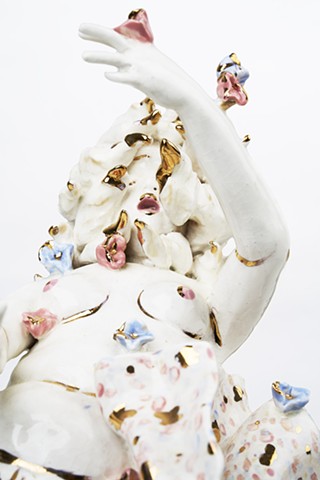 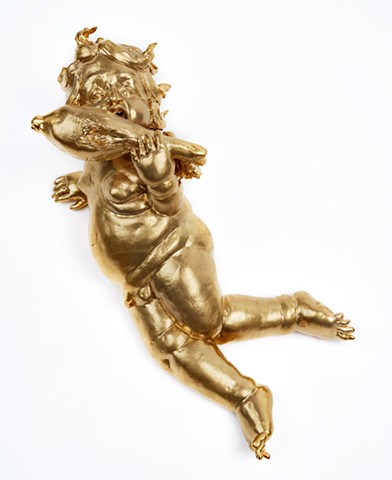 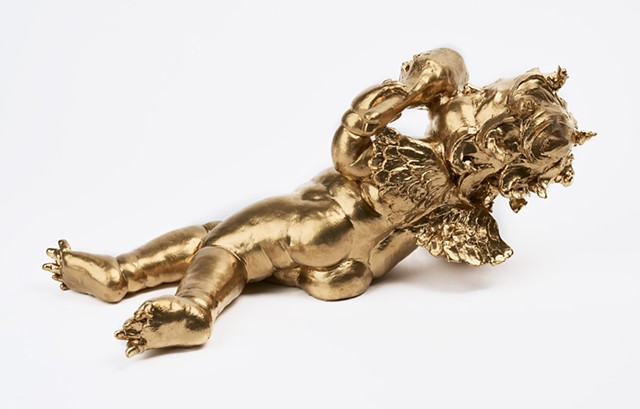 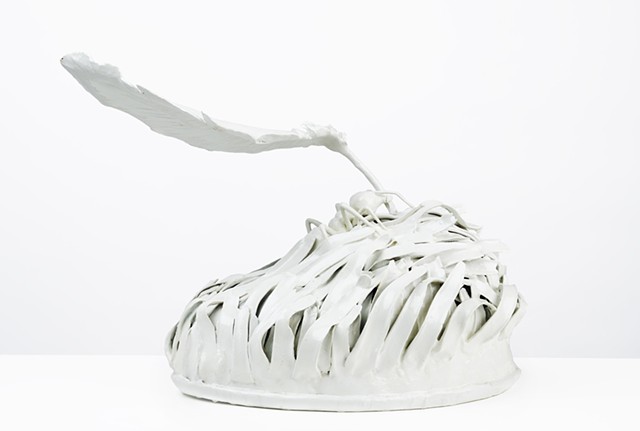 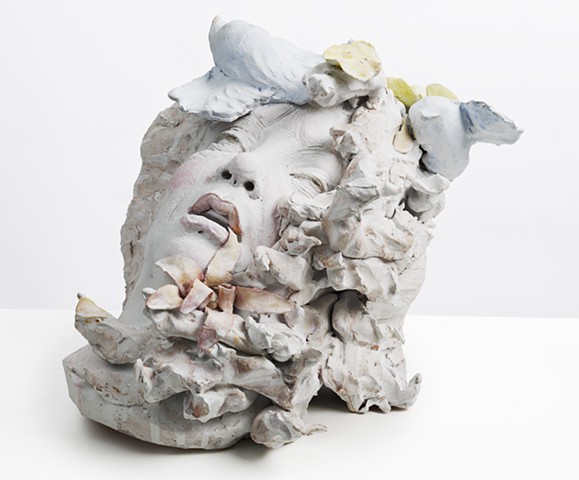 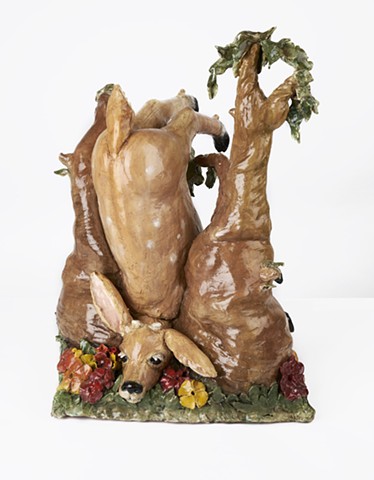 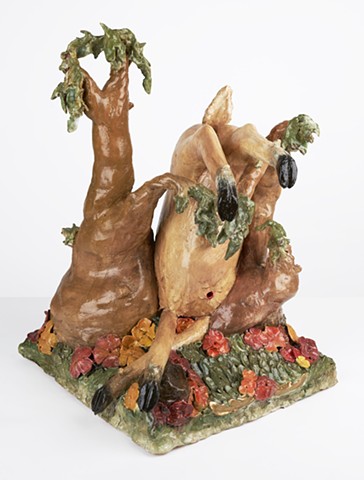 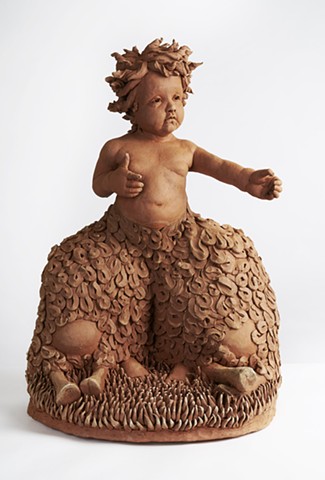 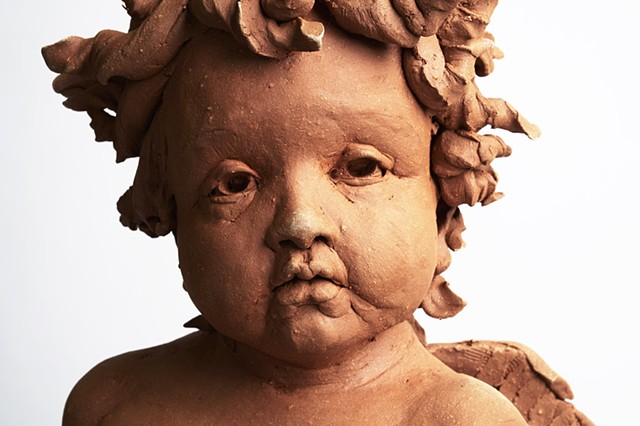 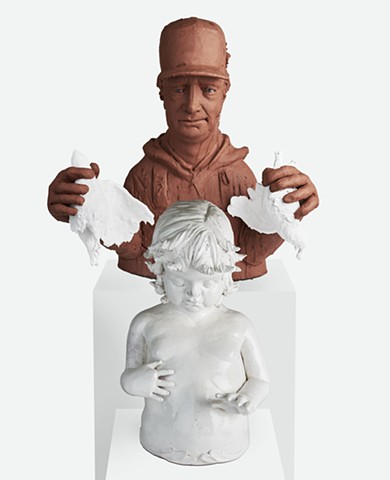 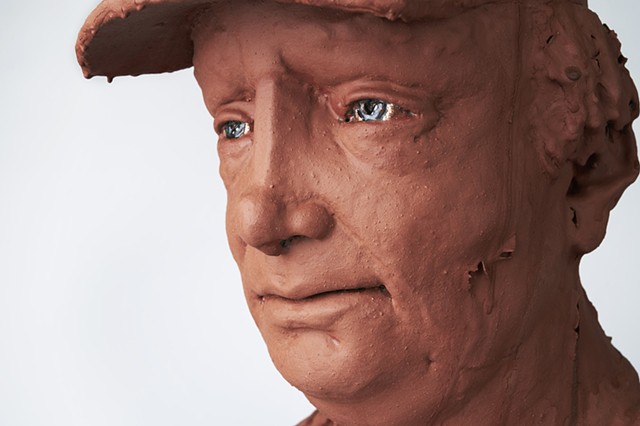 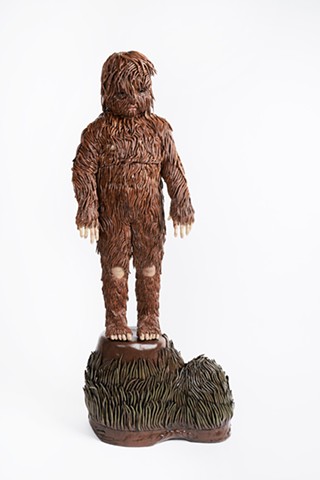 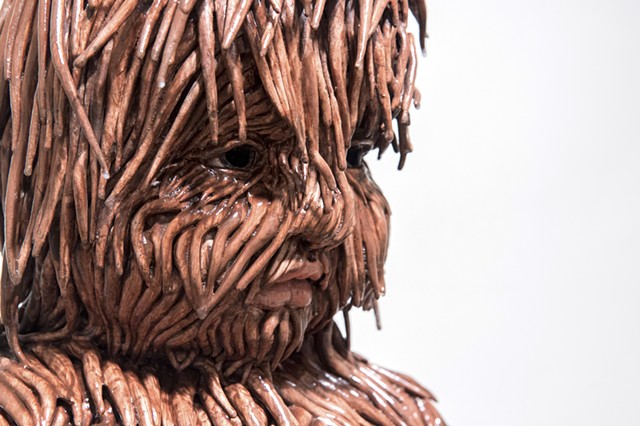 My interest in commemorative objects, particularly the hidden narrative of figurines, has evolved through multiple bodies of work. I’ve approached figurines in different contexts – as monuments and as statuary, as representations of experience and as objects of scale. From this perspective I see figurines engaging in both private and in public narratives; they fit easily in the family china cabinet but they can depict an image a whole community might receive. At their most authoritative they would make their way to a community plinth, elevated and honored as a monument. I am interested in how figurines influence communities and homes, on what they conceal and what they reveal.

When I was a child, I would sneak into my mother’s china cabinet and collect her porcelain figurines, all displayed and beautifully arranged – painted birds perched on branches, children innocently gazing off in wonderment, men and women spinning each other in love and delight. I would remove the figurines from their cabinet and play with them like dolls. It never lasted long. When my mother found me I was always admonished with a familiar refrain. She would tell me the figurines were not for play: they were breakable, they were precious, they were valuable. Carefully, she would place them back in the cabinet and shut the door.

Those figurines made their way out of the cabinet only few times a year. They would decorate the table at family gatherings, mixed amongst a very curated display of food. Sitting at our table, I would gaze at the arrangement like a gallery exhibit had suddenly arrived to the family table. All would gather around where the space was filled with thick Hungarian accents and the smell of chicken paprikash.

What I did not know was how my mother had acquired those figurines. Her collection was from the Herend and Zsolnay porcelain factories located in Hungary. My grandmother, who was from Pécs Hungary, began the collection after moving to the United States in 1946. My grandmother was a Holocaust survivor, interned at Auschwitz; she had lost most of her immediate and extended family during the war. Both my grandmother and grandfather, also a survivor, moved to the small-town of Luray, Virginia where they began a new life. They started a family, began attending a Baptist church, and they never spoke of their experience during the war. They did however often speak about their homeland, slipping easily into the language of their youth, a language they had shared with so many they had lost.

Like the figurines they collected, my grandparent’s outward presentation differed significantly from what lay beneath. I can only assume those fanciful figurines – to be viewed, but not to be touched – represented a land, a time, and an imagined public life that was lost and that they struggled to remember.

Figurines come into one’s possession to celebrate a birth, a death, an anniversary, or any other numerous or commemorative moment. They become a stand-in for a story, stories often held privately by the collector. Through my work I explore the complex narratives that lay dormant, forgotten, and suppressed in representations of our most treasured, and often private objects.