“…Gently Down The Stream…” began with a simple observation: newspaper photos depicting individuals – whether confronted with natural disasters, war, or engaged in protest – often shared a similar expressiveness, body language, and composition. These images of people with anguished faces and strained bodies, recurring again and again, become, in their repetition, timeless and interchangeable. But the insistent beat of time moves the individual past the captured image. And what seems interchangeable is often a truly singular and defining event for the person in question. In attempting to return to the memory of that moment they become captive to it.

This collection of sculptures is a reflection on the part of a person that refuses to leave the picture frame, the part of a person who has been altered due to an event that we have seen an edited glimpse of, the part of a person who lingers in the memory of that instant long after it has passed. I imagine this space as a non-space, a space where memories are revisited over and over again. The figures in this installation reside in this non-space and bear repeated witness to the memory of an event now beyond their control. Their body language suggests something visible only to them and remains hidden from the viewer.

Heraclitus famously compared time to a river, stating, “You cannot step in the same river twice, for fresh waters are ever flowing.” We may try to live in the same river but the waters refuse to be still. If we refuse to follow the natural currents we move ourselves outside of time. The moment we seek is gone. Yet we still remove ourselves from the present tense of our lives. The more one lives, the more memory beckons. By ignoring its call we are reminded of how difficult it is to go, in the words of the nursery rhyme, “gently down the stream.” 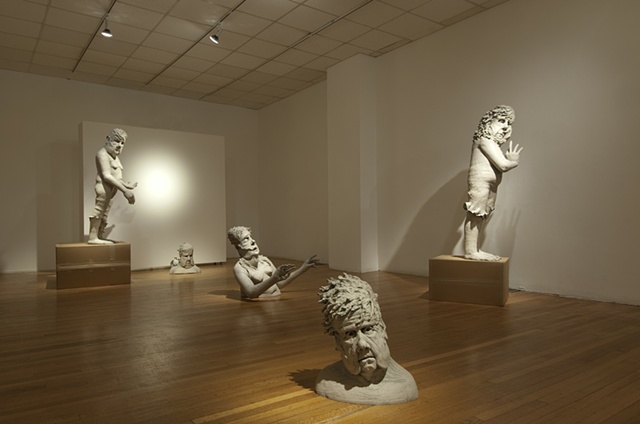 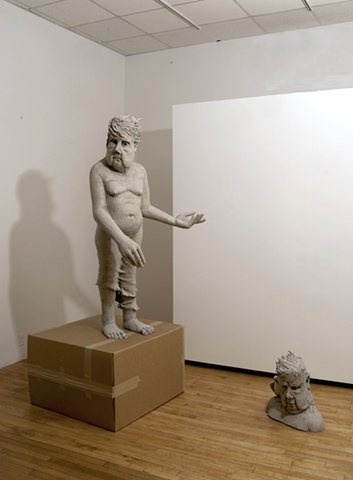 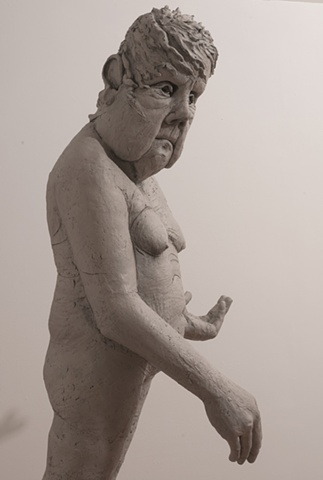 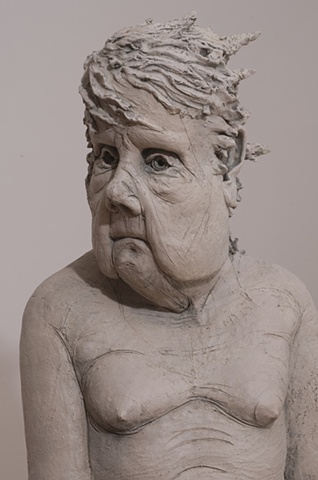 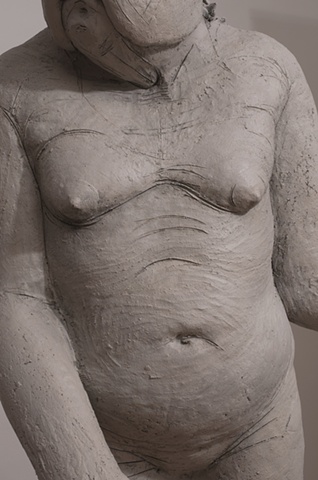 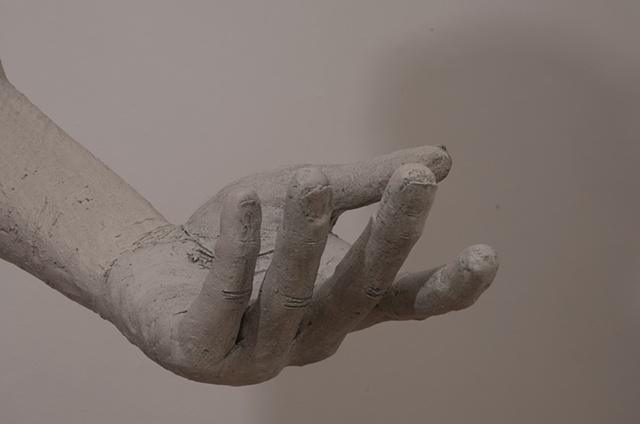 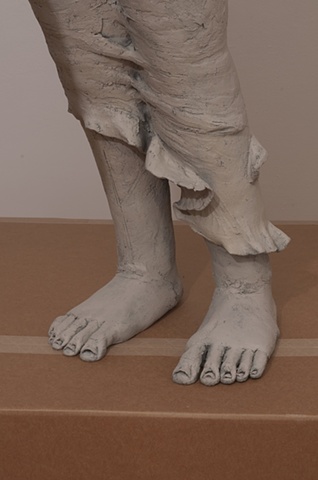 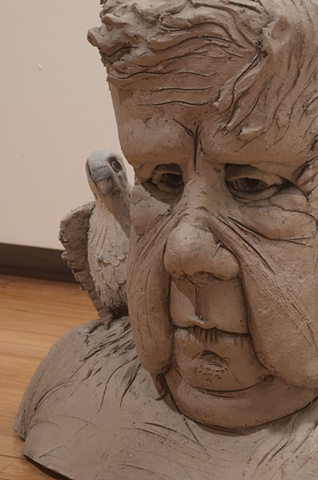 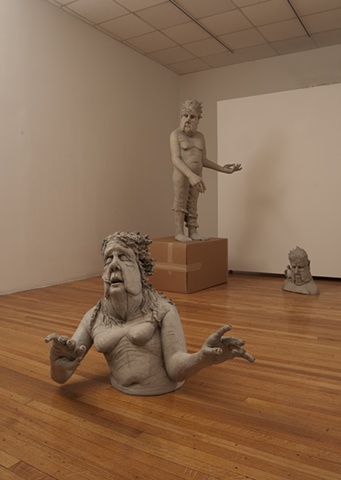 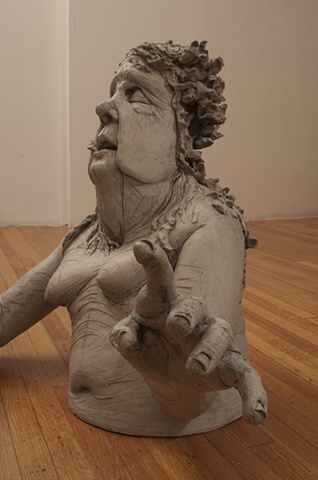 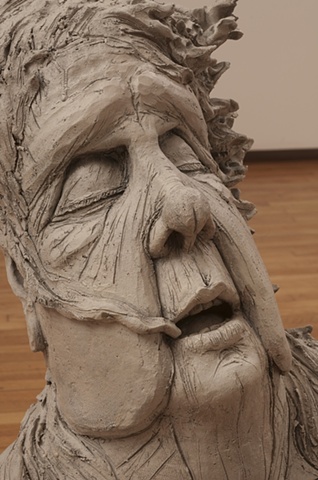 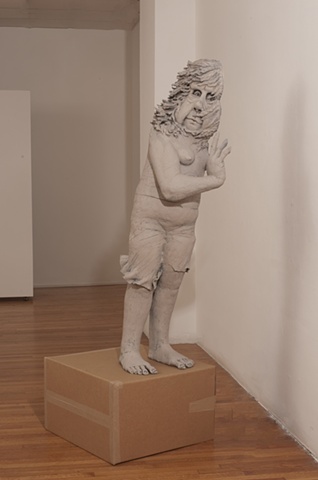 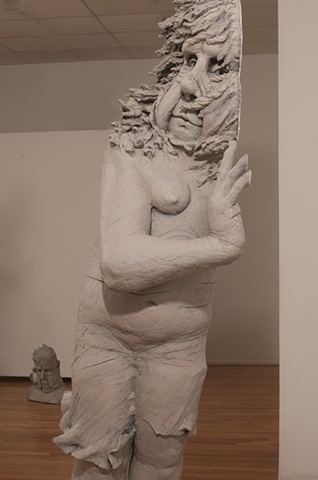 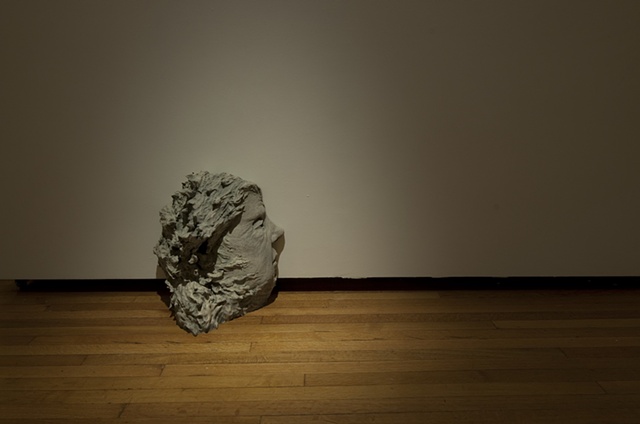 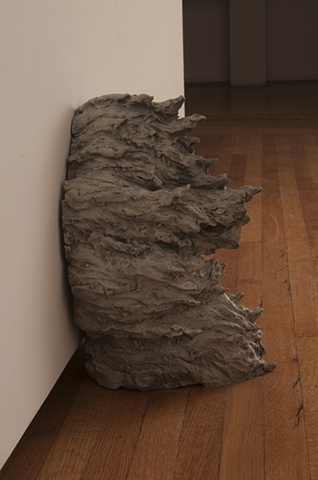 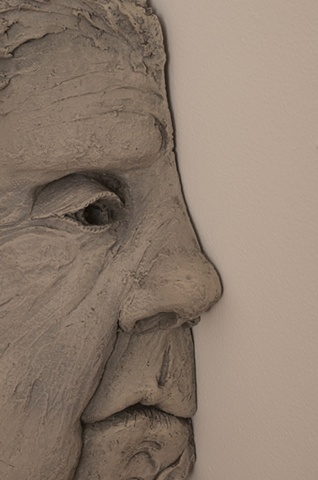